Since UCF’s historic 25-game win streak came to an end, it feels like the Knights have mastered the art of heartbreaking losses against good teams. It may have been the signature of the Josh Heupel Era. Whether it was falling to Memphis for the first time in decades, getting thrashed by a top 15 BYU or failing to find a way to beat Cincinnati for several years now, UCF just didn’t have an answer once the spotlight was on.

That changed in a big way on Thursday night.

The much-anticipated Gus Malzahn Era kicked off with a massive win over perennial power Boise State. And it is a game that, frankly, the UCF of the past few years would’ve had no business winning.

Multiple lightning delays pushed kickoff back by several hours, with players having to start and stop their warmups multiple times. And then, once the game finally got under way, UCF found itself down 21-0 early without an answer for Boise on either side of the ball.

If the old staff had never left, the Knights don’t win this game. Heupel was known for blowing double-digit leads, not fighting back from double-digit deficits.

But there was a different coach on the sideline that night. 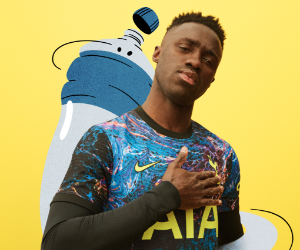 “At halftime, Coach Gus told us we’re going to win this game,” quarterback Dillon Gabriel said. “And we believed it.”

After going down 21-0, the Knights outscored Boise by 26 the rest of the way to win 36-30 and send a message to the rest of college football that UCF is back.

We’ve spent all offseason talking about what a great hire Malzahn was for UCF. He’s ignited the fanbase in ways no other coach has. He’s taken recruiting to new heights within a matter of months. His players love him. And, maybe most important of all, he has been loud and clear about his desire to stay at UCF long term.

But you just never know until the games get played, which is why I spent much of the offseason cautioning against the idea of 2021 being a special year for the Knights. The team had too many questions marks, was coming off a mediocre 2020 and had a lot of goals set by Malzahn that seemed more like 5-year accomplishments than something that could happen in a few months.

Now, I’m not so sure. Boise State is one of the best programs in the country, a team that’s finished ranked 10 times in the last 15 years. The Broncos are not a team that you beat once you go down three scores. But UCF did just that, thanks to fantastic play-calling and adjustments from the coaches and insane effort from a group of players that were determined to not let another big game get away.

“The way you win games, it means a lot for your team in the future,” Malzahn said after the game. “They’re a bunch of winners. They’re used to winning. We knew that when we got here.”

We’re just one game into the season here, but it sure does feel like UCF has all the ingredients for a special season. Gabriel was already one of the best quarterbacks in the nation, but appears to have taken his game to another level. Despite two picks, he had never looked so dynamic on the football field as he completed 25 of 37 passes for 318 yards and four touchdowns while setting a career high for rushing yards as well.

Running back Isaiah Bowser, who transferred from Northwestern and was projected to be third or fourth string as recently as a month ago, rushed for an eye-popping 170 yards and a score on 32 carriers. The secondary does need work, but that is less of a glaring issue now that the elite defensive line more than lived up to the offseason hype.

And all of those advantages are now paired with one of the best coaches in college football. There are at most two teams more talented than Boise that UCF will play this year. And if the Knights are already capable of achieving their greatest comeback in school history against an elite opponent in game one, then the sky is truly the limit.

“I think we’ll have the chance to be a pretty good team.” Malzahn said. “I really do. That’s what I told our guys.”